Chevy’s Equinox second-generation is among a handful of small suvs that offer a V6 as an engine choice, being able to tow 3,500 pounds. Most examples will have the standard 182-hp 2.4-liter four-cylinder, but if you find the 301-hp 3.6-liter V6 in an Equinox, know that it supplies plenty of power. Both engines come with a six-speed automatic transmission.

Besides, the Equinox may be equipped with even more unique features, such as a dual-screen rear entertainment system, Wi-Fi hotspot, and 19-inch aluminum wheels. But no matter which Equinox you get, you’ll enjoy a good amount of space for people and cargo. Open the hatch to access 31.4 cubic feet of space behind the rear seat. Fold it down to maximize cargo capacity at 63.7 cubic feet, and it got a four-star rating from the NHTSA and Good designations across the board from the IIHS.

The Honda CR-V is the faithful friend, ever-dependable and helps whenever you need it. The fourth generation of this compact SUV was especially good, with its generous cargo space and pleasant driving dynamics. Available in LX, EX, and EX-L trim, every 2012-2016 CR-V had a 185-horsepower 2.4-liter four-cylinder engine.

For 2015, Honda swapped out the five-speed automatic transmission for a continuously variable transmission (CVT) and boosted torque output from 163 lb-ft to 181 lb-ft. It’s not easy to find a low-mileage CR-V of this vintage, especially for less than $15,000. Credit its top-notch safety and reliability records, along with the big cargo capacity of 37.2 cubic feet with the rear seats in use and 70.9 cubic feet when they’re folded down. But when you do, and the deal checks out, you should grab this SUV while you can.

Hyundai’s compact Tucson crossover was redesigned for 2016 and was available in SE, Eco, Sport, and Limited trim levels. The base Tucson SE model came with a 2.0-liter four-cylinder making 164 hp, and employed a six-speed automatic transmission. Other trims offered a torquey and entertaining turbocharged 1.6-liter four-cylinder good for 175 hp.

However, this engine came with a seven-speed DCT that many owners didn’t like — and which makes the Tucson more affordable as a used suv. Open the rear hatch and you’ll find 31 cubic feet of cargo space behind the rear seats, and 61.9 cubic feet with the rear seats folded. The Tucson also earned a Top Safety Pick+ designation from the IIHS and a 5-star overall rating from NHTSA, meaning it does a good job of protecting you in a crash. Plus, if you go CPO, the warranty is the best in the business.

Another weapon in Hyundai’s smallish crossover arsenal is the Santa Fe Sport, which gives you a choice between a 185-hp 2.4-liter four-cylinder or a spirited 240-hp turbocharged 2.0-liter four-cylinder, each hooked up to a six-speed automatic. Available in base, 2.0T, and 2.0T Ultimate trim levels, some Santa Fe vehicles include cool features such as a panoramic sunroof and ventilated front seats. But for less than $15,000, don’t count on that. Behind the rear seats, you’ll find 35.4 cubic feet of cargo space, while folding the rear seats will net you 71 cubic feet.

That ties with the Honda CR-V for the most amount of cargo capacity on this list. And if you buy a CPO version of the Santa Fe Sport, the generous warranty coverage, along with this SUV’s good crash-test ratings, will help you sleep a little easier.

Mazda has designed some of the most attractive and pleasurable to drive crossover suvs in recent memory, so a clean, low-mileage version of the CX-5 compact model might be a rare but desirable find. If you do see one for sale for less than $20,000, scoop it up ASAP. The CX-5 came in Sport, Touring, and Grand Touring trim levels.

A 155-hp 2.0-liter four-cylinder engine came in the Sport, and you may even find an example with a six-speed manual transmission, although the six-speed automatic is much more common. Meanwhile, a 184-hp 2.5-liter four-cylinder enlivens the Touring and Grand Touring, and only came with the automatic. Following some changes for the 2014 model year, the CX-5 received excellent scores in both IIHS and NHTSA crash tests, and this Mazda is known to be an exceptionally reliable vehicle. You’ll find 34 cubic feet of cargo space behind the rear seats, and 65 cubic feet with the rear seats folded down.

With a starting price of under $20,000 when it’s brand-new, Nissan’s subcompact Kicks offers jaunty styling, a comfortable cabin, and peppy in-town performance. Ask for more than moderate acceleration, though, and the 122-hp 1.6-liter 4-cylinder and CVT drone in displeasure — especially when more people than just the driver are aboard.

Behind the rear seats, you’ll find a generous (for this class) 25.3 cubic feet of cargo space, including the useful underfloor storage bin. And it has the right look, it has the right level of utility, and it fits under our price cap when nearly new. Plus, it gets decent crash-test ratings from the NHTSA and the IIHS, and Nissan’s CPO program puts the Kicks through a 167-point inspection while providing the new owner with a seven-year/100,000-mile limited warranty. However, the Kicks is also the only vehicle we name here that doesn’t offer an all-wheel-drive option.

Back in 2017, Nissan expanded its small SUV stable with the addition of the stylish Rogue Sport, which is smaller than the more popular Rogue and is based on an overseas model called the Qashqai. The most disappointing thing about the Rogue Sport is its mediocre 141-hp 2.0-liter four-cylinder engine and CVT.

Like the Kicks, it provides adequate responsiveness around town but feels weak otherwise. Trim levels include S, SV, and SL, and you may even find a used example with features like leather, a Bose premium sound system, and a surround-view camera system coming in under our price cap. Popping the rear hatch reveals 22.9 cubic feet of cargo space (61.1 cubic feet max), and both the NHTSA and IIHS give the Rogue Sport good ratings in crash safety testing.

Want to know when our articles come in, follow us on Facebook and be the first to know!

apply now!
PrevCar Previous Owners, should you buy when you find more than one?
What is the best car oil?Next 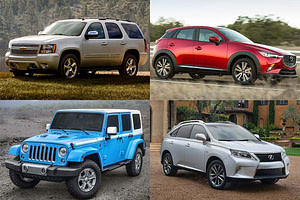 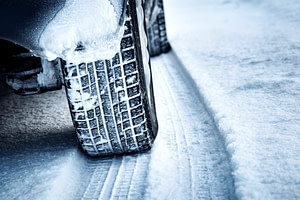